In a healthy, balanced nutrition and lifestyle, with overall care of the body and health, sugar in all of its forms and ways of consumption makes an important and useful component in everyday diet, enriching our everyday lives and special moments with its sweetness. 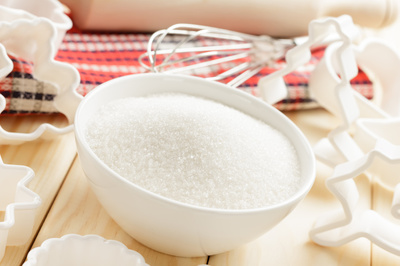 Sugarcane vs. sugar beet – What is the difference?

To answer this interesting and frequently asked question it is best to look at the historical development of sugar and sugar production in Europe and worldwide.

In fact, many do not know that sugar cane is the primary plant used for sugar production and that the first sugar ever produced came from sugarcane. Sugarcane and its sweet properties were first discovered in India and thus began sugarcane processing and production of today’s favorite sweetener in the world. With colonization, sugarcane later reached other parts of the world as well as the South America, which has become the world’s main sugar producer. For many years Europe only had the sugar produced from sugarcane.

At the time of the Napoleonic wars in the 18th century, sanctions were imposed on the import of overseas goods to Europe. Sugar or sucrose was only then found in sugar beet and that was when sugar started to be produced from sugar beet.

What is the most interesting in this story is the fact that sugar from both plants is absolutely identical, in terms of its features, taste and sweetness; therefore for consumers it is irrelevant whether the sugar was obtained from sugarcane or sugar beet.

Currently about 70% of the global sugar production comes from sugarcane and 30% from sugar beet. The world’s largest producers are Brazil, India, EU and China.

Despite the great differences in the technologies of sugar production from these two plants, the final product is identical with no difference in quality.

Below are briefly described processes of sugar production from these two plants.